On 2 June, the eyes of fashionistas around the world turned to New York, specifically, the Lincoln Centre, where took place the Association of American Designer awards, aka CFDA Awards. The glamorous ceremony, known as the ‘Oscars of Fashion‘ were, once again, very interesting (now, there has been no media that has not been dealt with in a transparent dress of Rihanna), while the people who were awarded were indisputably the most discussed (and this) year.
Rihanna
The big winner of the evening. The superstar left, taking with her the prize for the fashion icon of the year. Of course, as usual, the singer from Barbados manages to strongly be discussed, for the revealing outfit. Rihanna appeared with a transparent dress and scarf covered with crystals a barely-there mesh of 230,000(!) Swarovski crystals designed by Adam Selman to the awards show.

Tom Ford
The designer won the prestigious Geoffrey Beene Lifetime Achievement Award, for its overall contribution to the world of fashion.

‘It’s been a wonderful 25 years and I could have never achieved it without all the people in this room,’ he said while collecting the prize.

The designer behind the house Altuzarra was named Womenswear Designer of the Year.  Altuzarra has already been proposed for CFDA 3 times while in 2011 he was the one who won the prize of the Union in order to strengthen the brand. The house Altuzarra exists since 2008 and is known for his feminine silhouettes and sophisticated aesthetic. 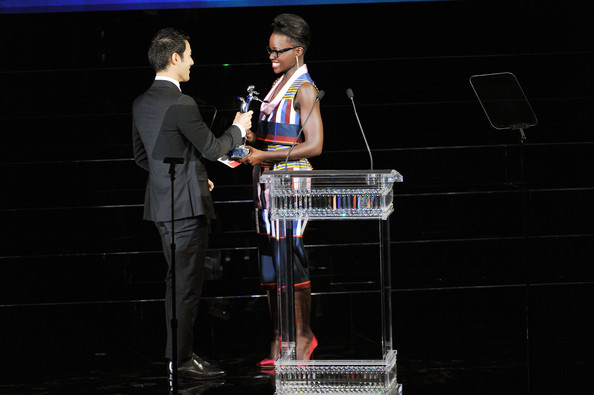 Mary-Kate and Ashley Olsen
The famous duo behind the label The Row won the award for accessory designer of the year. Olsen were candidate with Alexander Wang and Proenza Schouler. This is not the first CFDA in their career as, in 2012, Mary-Kate and Ashley left the event with the Womenswear Designer award. 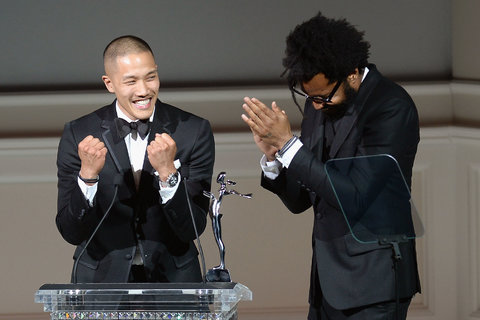 The rest of the winners:

BOARD OF DIRECTORS’ TRIBUTE
Ruth Finley

THE MEDIA AWARD IN HONOR OF EUGENIA SHEPPARD
Paul Cavaco